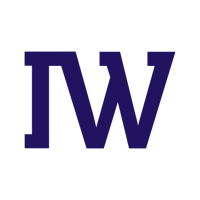 50%
Tweet
Innovation creates opportunities, but taking that first step or leap to something new requires guts.

How disappointed you must be to click on this link and realize George Lucas didn’t write this article. I didn’t even interview him for it. What I have done is use my keen intuition to identify five lessons that George Lucas can teach us about innovation.

I don’t think anyone would disagree that Lucas has left an indelible mark on film. We all know that the Star Wars legacy is alive and well today -- in fact, the . However, this long-lasting legacy wasn’t a guarantee when he was filming “.”  Although he was hot off the well-received “ ,” 20th Century Fox reluctantly greenlit the space opera, but the studio didn’t even have a special effects department. On top of that, the vision Lucas had for the movie involved effects that had never existed. That left him with only one choice...

…Make the change you want

8号彩票注册网址Lucas brought on John Dykstra, who hired a bunch of college dropouts, artists and dreamers to form (ILM). The new ILM team created revolutionary technologies for the original trilogy like Dykstaflex, Go Motion and THX sound. ILM has continued to revolutionize special effects in over 300 Hollywood blockbusters over the last 40 years. If he had waited for the technology to catch up, movies might very well look totally different today.

8号彩票注册网址If I were to ask you what Lucas’s profession is, you’d most likely say that he is a filmmaker. And you would be correct. As a graduate of the University of Southern California School of Cinematic Arts, he has written, directed and produced some of the most memorable films of all time. However, when negotiating his contract for the original Star Wars, he took the risk of slashing his directing fee in exchange for something that the studio thought was worthless: merchandising rights. The lesson to take away is…

8号彩票注册网址Lucas is not a toy maker, but that decision made him $40 million on the original movie alone. Never be content with your current value proposition, neither personally nor as an organization. Lucas has always been dedicated to his craft, but if he would have thought of himself as just an artist, he may have missed an incredible opportunity.

Experimentation is an important part of any innovative team. In 1979, Lucas created The Graphics Group as part of Lucasfilm’s computer division and hired Edwin Catmull to lead it. The goal of this group was to invent new digital production tools for use in live action films. They were successful in this goal and even created software used in medical and satellite imagery.  However, Catmull’s team really longed to create full-length computer-generated imagery (CGI) animated films. As they struggled to build a profitable business, neither were achieving their goals. Lucas put it this way, “I didn’t want to run a company that sold software, and John [Lasseter] and Ed wanted to make animated films.” Eventually it became clear that…

…Sometimes you have to let things go

Thus, was born. In the hindsight of a $7.4 billion-dollar sale to Disney in 2006, I’m sure this seemed like a poor decision, but the dreams of Catmull and Lasseter were not shared by George Lucas. It’s nearly impossible to create something new when you aren’t passionate about it in the first place. Sometimes, the best thing to do is open your hands and let that bird fly away.

In 1997, “Star Wars: A New Hope” was re-released in theaters. There were a number of updates to the movie, including one scene that was updated to show before he is killed by , and another where Han appears to step on the tail of a CGI Jabba the Hutt. Maybe Lucas still thinks these are good ideas, but most Star Wars fans strongly disagreed. So, what? The lesson here is…

…Don’t be afraid to fail

…When you make the leap, others have shoulders to stand on

Someone had to be the first to push the boundaries of blending CGI and live action beyond short special-effects shots. No longer was storytelling constrained by the limitation of a human actor. This risk gave other filmmakers a platform to build from, slowly crafting new characters to where we are today; where CGI characters are nearly indistinguishable from human ones.

Innovation creates opportunities where everyone wins, but doing so requires making the change, thinking differently, focusing on your passion, being willing to fail and then taking the leap. Doing something new takes guts; it could be a change that offends your customers, or it could make you billions. 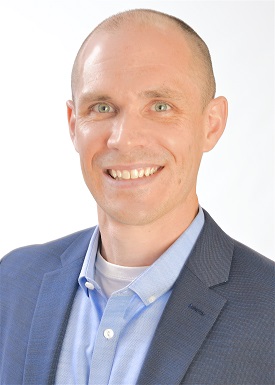 Matt O’Dell is director of enterprise architecture and design at Allegion, and Principal of Pin & Tumbler Studio. Although he considers himself a simple technologist, O’Dell has had the opportunity to participate in many innovative endeavors during his 20-year career, from product design to back-office architecture, touching nearly every part of the product development pipeline. In 2019, he was named one of CIO Magazine’s, “Ones to Watch,” and has also since been honored as the, “World’s Okay-est Co-worker,” by the Midwest Coffee Mug Consortium. Joking aside, O’Dell likes long runs in the park, hanging with bulldogs and talking technology, innovation and leadership.

The InformationWeek community brings together IT practitioners and industry experts with IT advice, education, and opinions. We strive to highlight technology executives and subject matter experts and use their knowledge and experiences to help our audience of IT ... View Full Bio
We welcome your comments on this topic on our social media channels, or [contact us directly] with questions about the site.
Comment  |
Email This  |
Print  |
RSS
More Insights
Webcasts