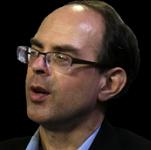 50%
Tweet
Understanding how AI models and AI-based applications work, what they can and cannot do, and where there is potential for ethical issues is core to putting AI to work for your organization.
Image: KTSDesign - stock.adobe.com

Truth in labeling is a powerful concept in commercial governance. It ensures that consumers know exactly what they’re getting, what the caveats and advisories may be, and what the risks they might be incurring if they use a product in ways that its makers don’t endorse.

It’s about time that we brought truth in labeling to the artificial intelligence that is finding its way into so many commercial products. What that requires is some standardized approach for making transparent the precise provenance of a trained, deployed AI model. Just as important, it requires full disclosure of the various contexts in which AI models have been tested and certified to be suitable for their intended application domains, as well as any biases and constraints -- either intended or otherwise -- that have been identified in a model’s actual performance in live or laboratory settings.

AI has become an industrialized process in many enterprises, creating a high priority on tools that can automate every process from data preparation to modeling, training, and serving. Labeling or annotation is a key function that needs to be performed at various stages in AI development and operations workflow. We need to distinguish labeling of AI training data -- which is an essential part of data preparation, modeling, and training -- from labeling of the resultant trained AI models. The latter function can supply critical metadata for use in monitoring, controlling, and optimizing how a trained machine learning, deep learning, natural language processing, or other AI model will likely behave in downstream applications.

To address the requirement for labeling of trained AI models, called , which can be useful in declaring the fitness, appropriateness, and limitations of machine learning models that have been trained for specific use cases. The framework -- which Google has opened to contributions from developers, policy makers, users, and other industry stakeholders -- describes how to create 1-to-2 page metadata documents that declare up front how a trained AI model was engineered and is likely to behave in its intended use case. Consistent with the aims of a at the Partnership for AI industry consortium, Google’s framework provides a vocabulary for AI’s developers to declare upfront upon a model’s release:

8号彩票注册网址Labeling makes the most sense for those attributes of a trained AI model that can be documented, tested, and certified up front, prior to the model’s release into its intended application. However, some issues may be observed downstream by users, hence they may not be immediately visible or even obvious to the model’s creator. Such issues might consist of unintended  that were baked into AI-driven products;  faux pas that AI-driven products may potentially commit vis-a-vis minority population segments;  that may potentially take place in the complex interactions among AI-driven automated and human agents; and decays in the predictive power of AI-driven products due to  down the road.

To ensure that such issues are flagged so that users can fully assess the risks of using any specific trained AI model, it might be useful to supplement explicit model labels with issue reports contained in a community registry. Another useful approach might be to institute a rating system that ranks the severity of issues observed in practice. Yet another suitable tactic might be a graylist that alerts users to the degree of caution they should observe when using a particular trained model for a specific purpose.

8号彩票注册网址Whatever approaches are used to safeguard users from the risks of using trained AI models outside their core competency, those techniques should be baked into the automated DevOps workflows that govern data science pipelines.

8号彩票注册网址If data scientists fail to implement these safeguards prior to releasing trained AI models, risk-mitigation metadata such as Google has proposed will give users the necessary caveats to consider prior to using those models.

James Kobielus is Futurum Research's research director and lead analyst for artificial intelligence, cloud computing, and DevOps. View Full Bio
We welcome your comments on this topic on our social media channels, or [contact us directly] with questions about the site.
Comment  |
Email This  |
Print  |
RSS
More Insights
Webcasts